What is Chlorine Dioxide?

Chlorine dioxide is a popular chemical compound used as an oxidizing agent in bleaching and water treatment. The substance is yellowish to green in color with a strong odor. It is used as a disinfectant and an oxidant in drinking water treatment. It is considered as one of the more effective chemicals for the control of waterborne pathogens. However, it has its disadvantages when used in potable water treatment.

The chemical compound is used in bleaching, water chlorination, and other disinfection treatment. Chlorine dioxide is also sold as a pseudomedicine to treat a wide range of diseases. It is sold as a magic cure in today’s market. Unfortunately, the FDA has warned against the use of chlorine dioxide as a medicine for various diseases.

How Does Chlorine Dioxide Get into Your Drinking Water?

What are the Health Risks Associated with Chlorine Dioxide in Drinking Water?

Exposure to chlorine dioxide from the consumption of chlorinated drinking water may lead to the development of nervous system problems. Pregnant women, infants, and young children are prone to the health problems associated with chlorine dioxide. Individuals who consumed chlorinated drinking waterabove the EPA’s contamination level standards for a long time may experience anemia.

How Common is Chlorine Dioxide in Water?

The chemical compound can be found in most treated water systems since it is a byproduct of disinfection. It is quite common in most water systems because it is added to control microbes in drinking water.

What is the EPA’s Contamination Level Standards for Chlorine Dioxide in Drinking Water?

The MRDLG and MRDL for chlorine dioxide in drinking water is set by the EPA at 0.8 mg/L or 800 ppb.

What is the Best Reduction Media for Removing Chlorine Dioxide from Drinking Water? 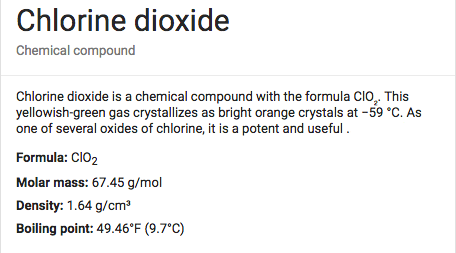